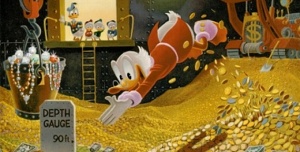 I was rich! Went to bed dirt poor and woke up a Millionair, at least thats how I felt. I was 19 years old and had just gotten $500 out of the blue. An older gentleman, a neighbor who I adored when I was a kid and who I pestered every chance I got, had just died a couple of weeks earlier. His daughter visited us the night before, she talked with my Grandmother for a long time and then they both handed me an envelope with a bunch of money. The old Italian currency Lira was not really worth the paper it was printed on, if I remember right 10,000 lira were about $5. So, I had an envelope full with money bills. Yes, I felt rich.

Grandma asked me what I wanted to do, if I

I drove to the city the next day and walked into a travel agency. The posters on the wall looked so inviting. Switzerland, Germany, Greece, Hungary and many more…so many places in Europe were just waiting for me.

There was one poster showing an island, it was beautiful “Las Palmas de Gran Canaria”. Heaven’s sake…where is Gran Canaria? The lady told me all about it, showed it to me on the globe. A spanish island, in the Atlantic Ocean only 100 miles away from the shores of Africa. My eyes got bigger and bigger. It couldn’t be reached by car or train, I would have to fly in a real plane. I could afford 2 week and would have money left over. I walked outside, jumped into my old car and drove to the bank to withdraw the money.

I went back to the travel agency and booked 1 week for 2 people in a beautiful hotel, including flight, breakfast and dinner.

My Grandma’s reaction to the news, that she would fly with me to an island so close to Africa will fill another post…one day.

Looking back I can say that my final choice was not just right one, it was perfect! 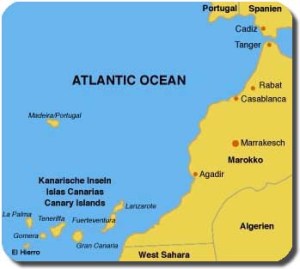 In response to The Daily Post’s writing prompt: “Hello, Goldilocks!.” Write about a time you had a Goldilocks experience, exploring different choices and finally arriving at “just right.”