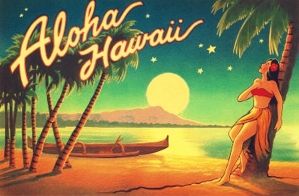 Lawmakers passed the final reading and Senate Bill 1030 is now on the Governors desk. This bill would make it illegal for anyone under the age of 21 to sell, possess, consume or purchase tobacco products, including electronic cigarettes and other smoking devices. Hawaii would be the first state to take this drastic step and the law would take effect on January 1st of 2016.

Even though, I have mixed feelings about this bill -more about that later- I am glad that lawmakers included the electronic cigarettes in it, that was about time. I think by now, we all have to be alarmed by the growing popularity of e-cigarettes among high school students.

If this bill get signed, those under 21 caught buying or using tobacco would be fined $10 for the first offense, $50 for repeat offenses and community service after that.

Those caught selling to under-aged buyers would be fined $500 for the first offense and up from there.

The measure would make Hawaii the first state in the nation to raise the smoking age to 21, joining other local jurisdictions that have similar restrictions. Just last year, New York City made it illegal for anyone under 21 to buy tobacco products, so did Hawaii County.

The federal government enforces a minimum smoking age of 18, and in some states it is 19. California, New Jersey, Washington and Utah have all considered increasing their smoking ages, but none of the bills have gotten as far as in Hawaii, where the proposal awaits the governor’s signature.

I biggest problem for me is that legal-age-thing. I never understood the difference between the 18 or 21-year adult rule. You can vote when you are 18, you can be held responsible for your actions with the death penalty and you can sign upfor the military and die for your country. BUT…you can’t drink or smoke when you come home after a war, if you are not 21 yet? That never made any sense at all to  me. As for me, if you are man/woman enough to risk your own life and die for my freedom, I give you the right to drink and smoke anytime, just not anywhere.

As a matter of fact, this law is all over the place. For drinking, driving, fighting in the military, compulsory schooling, watching an R-rated movie, consenting to sex, getting married, having an abortion or even being responsible for your own finances, there are different age restrictions…that always struck me as weird. Like a step-by-step program into adulthood. It just doesn’t make sense.

Here I am The Happy Quitter, smoke free since over a year and I am not cheering for this bill. I should be all for it and should be cheering for Hawaii? I mean I started smoking when I was 15, maybe a law like this would have prevented me from smoking?

I can still remember the time back then and I can honestly say, I was a sneaky little bugger. I was in a private boarding school run by catholic nuns -like so many of us were then. I smuggled cigarettes in and out of the school on a weekly base. I found the greatest hiding places and never got caught. I even had trade agreements, I traded my Grandmother’s homemade jams and marmalade’s for cigarettes and soda pops. I wasn’t the only one smoking, but I was one of the youngest. Same thing at home. I had cigarette packs hidden in trees, in the barn…you name it. They only vanished once or twice, that’s when I knew my Grandmother had found them.

Would a law have stopped me from smoking? No, I don’t think so. I was more afraid of my Grandmother than any law :-). Being a teenager means being rebellious, means checking out boundaries, rules and regulations. That’s part of growing up.  I don’t think it was just me? I wasn’t a bad child, not at all, but I tested the waters a little bit now and then :-).

So, I am afraid it won’t change a thing. It might even make the cigarette more attractive, since it’s forbidden with consequences. “Lets see if I get caught?”

Think about the prohibition, that didn’t work very well either, instead it opened the door wide for a black market, same could happen here. However, having a black market for cigarettes would mean a loss in tax revenue.

I remember well, I took a bottle of wine out of our basement and took it with me to school. Nightly parties, once or twice a year, are a must in every boarding school and an inherited tradition. It means the older kids (16+) get up in the middle of the night, tip toe around in their nightshirts and meet in a room where they burn a few candles, eat candy or cake and drink alcohol…any kind, everything was fine, as long as it made us feel all grown up.

I came home on Friday and my Grandmother knew. She sat down with me, opened a bottle of strong red wine and gave me a tall glass. It tasted terrible, but I was strong…I gulped it down. Got another glass, stayed strong…drunk it as well.

I felt terrible all through the night and really miserable the next day. She did the same thing the next day, said it would be alright for me to drink, as long, as I would do it at home with her. I didn’t want any more. Not then, not the next day…not for a very long time. She cured me and she knew it. I didn’t touch alcohol until I was in my late 20’s.

It’s the principle of the forbidden fruit, haven’t we all heard about that?

That’s at least my humbled and maybe unexpected opinion~!

I wish Hawaii good luck, hope they will accomplish what they had in mind.