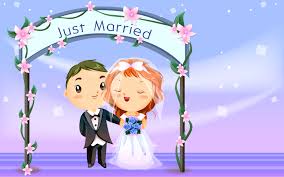 We were invited to a wedding and this time it was not a close friend or a family member, it was a business associate of my husband and we had to go. Wedding or family parties in general are only fun if you care about the people, it’s mostly very boring if you “have to go” and the only thing you can think of, is finding a polite way to leave as soon as possible.

We sat at a table in the very back of the room, with two other couples that we had never seen before. One couple was our age and we made some small talk, while we waited just for the right time to sneak out. The other couple was much older, but very nice. I love to watch older couples how they interact and they were just adorable to watch.

I was a weird wedding, but the bride and groom looked happy and that’s all that matters. They entertained us with little games, some of the games were fun and it gave the waiters the chance to set the tables in the meantime. The bride and groom got involved in the “wedding games” and everybody had a good time. Then one guy came up and told joked, mostly jokes about newly weds and marriage in general. He was not too good to begin with, some of his jokes were off, but he tried his best.

He stood in the middle of the room and asked for his jacket; he put the jacket on and everybody watching cold see, that he only put one arm in the sleeve. The other sleeve was left empty and just hanging there as he was hiding his arm under the jacket. His wife or girlfriend buttoned the jacket for him. He looked like a man with just one arm.

He stood there with a grin and asked us, if we knew how a one-armed man would count his change. An old college party trick and I couldn’t believe he was doing it here at a wedding. A few people yelled “No..show us” and so he did. With his left arm, the one we all could see, he opened his zipper and then he asked for some change and of course he got it. He was holding the change in front of him and with the arm that we couldn’t see, he reached into his pants and then there came the pointer finger through the zipper opening and counted the change.

Most of us had seen it before when we were young and some of us shuck our heads, because it wasn’t appropriate at a wedding were kids were present.

The games were over, they started serving the coffee. We focused on our plates, when I heard the old Lady sitting beside talking to her husband “Honey…did you see that?”

Her husband didn’t say anything, just looked at her like he didn’t understand the question.

She had a serious look on her face and asked him again “Did you see that?” I was sure she was shocked about the game as well and then I heard her whisper “Can you believe how he can move it?”

I have a wicked sense of humor and this hit me hard. The old lady must have not seen the part were the guy got dressed and prepared for the joke, and I can just imagine what was going on in her little mind.

The more I thought about it, the more I felt the laughter rise inside of me…the situation was just too grotesque. I starred at my plate and tried not to laugh out loud. She was such an adorable older lady, I didn’t want to embarrass her. My husband was sitting beside me, so I knew he didn’t hear a thing…I would tell him later.

I looked up and looked into the eyes of the woman across from me. Her eyes were watery, her lips were sucked in a little bit and her shoulders were shaky. She had heard it too and she was dying with laughter inside.

Looking at each other was the wrong thing to do, we were both at the brink of an explosion. I love to laugh and laugh often, the worst situation for me is when I have to hold back laughter. I knew I had to leave the table or I would just burst out. I got up and so did the other lady. My husband thought we would be leaving, got up as well. I just shook my head, I couldn’t talk.

The only thing I could think of was leaving this room, so I could finally let the laughter out that was stuck in me. I could hardly see anything, I had tears running down my cheeks from holding back. The other lady grabbed my hand and we made it to the door hand in hand, avoided looking at each other on our way out and as soon as the door was shut, we both exploded with laughter.

We laughed so hard, neither one of us could say a word, I had stomach cramps from laughing. Laughing so hard, that no noise comes hurts…every time I thought I would be over it, I looked at the other woman and it started all over.

Our husbands came outside and just looked at us, neither one of them knew why we were laughing. We both tried to explain it, but we couldn’t, we just couldn’t.

I laughed so hard, it was uncomfortable, it felt like I couldn’t stop and the other ladies laughter was no help.

I wish I wouldn’t have overheard what the old lady was saying, always felt like we invaded her privacy. I hope, she never found out why we left and I hope she kept her curiosity for along time after the wedding.

I have never laughed that hard again.

Did I just turn a negative prompt around? 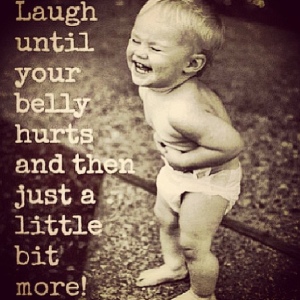 In response to The Daily Post’s

Tell us about a conversation you couldn’t help but overhear and wish you hadn’t.

7 thoughts on “The Evil Funny Bone”