Of course, I know about the “Rainbow Bridge.” It’s a cute story that is supposed to cheer us up when we lose a furry friend, but until today I didn’t know there was a second part. The second part is for rescued animals and rescuers.

Unlike most days at the Rainbow Bridge, this day dawned cold and gray.
All the recent arrivals at the Bridge did not know what to think, as they had never seen such a day. But the animals who had been waiting longer for their beloved people to accompany them across the Bridge knew what was happening, and they began to gather at the pathway leading to the Bridge.

Soon an elderly dog came into view, head hung low and tail dragging.
He approached slowly, and though he showed no sign of injury or illness, he was in great emotional pain. Unlike the animals gathered along the pathway, he had not been restored to youth and vigor upon arriving at the Bridge. He felt out of place and wanted only to cross over and find happiness.

But as he approached the Bridge, his way was barred by an angel, who
apologized and explained that the tired and broken-spirited old dog could not cross over. Only those animals accompanied by their people were allowed to cross the Bridge. Having nobody, and with nowhere else to turn, the dog trudged into the field in front of the Bridge.

There he found others like himself, elderly or infirm, sad and
discouraged. Unlike the other animals waiting to cross the Bridge, these animals were not running or playing. They simply were lying in the grass, staring forlornly at the pathway across the Rainbow Bridge. The old dog took his place among them, watching the pathway and waiting.yet not knowing for what he was waiting.

One of the newer dogs at the Bridge asked a cat who had been there
longer to explain what was happening. The cat replied, “Those poor animals were abandoned, turned away, or left at rescue places, but never found a home on earth. They all passed on with only the love of a rescuer to comfort them. Because they had no people to love them, they have nobody to escort them across the Rainbow Bridge.”

The dog asked the cat, “So what will happen to those animals?” Before
the cat could answer, the clouds began to part and the cold turned to
bright sunshine. The cat replied, “Watch, and you will see.”

In the distance was a single person, and as he approached the Bridge the
old, infirm and sad animals in the field were bathed in a golden light.
They were at once made young and healthy, and stood to see what their fate
would be. The animals who had previously gathered at the pathway bowed
their heads as the person approached. At each bowed head, the person
offered a scratch or hug. One by one, the now youthful and healthy animals
from the field fell into line behind the person. Together, they walked
across the Rainbow Bridge to a future of happiness and unquestioned love.

The dog asked the cat, “What just happened?”

The cat responded, “That was a rescuer. The animals gathered along the
pathway bowing in respect were those who had found their forever homes
because of rescuers. They will cross over when their people arrive at the
Bridge. The arrival here of a rescuer is a great and solemn event, and as a
tribute, they are permitted to perform one final act of rescue. They are
allowed to escort all those poor animals they couldn’t place
on earth across the Rainbow Bridge.”

The dog thought for a moment, then said, “I like rescuers.” The cat
smiled and replied, “So does heaven, my friend. So does heaven

Look at me! The agnostic person, crying my eyes about a made-up story of heaven. What the Hell? 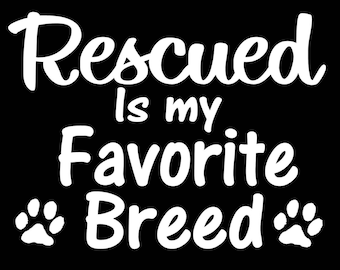 34 thoughts on “The Rescuers Final Reward”