The numbness I feel when I hear about another mass shooting is alarming. Am I becoming cold-hearted, or is it a simple defense mechanism that helps me to avoid the hurt I felt so many times before. Yesterday, more innocent victims have been killed by another coward mass murderer with a gun, he should not have been allowed to have.

School shootings are particularly hard on me. Each and every time it happens I see an ocean of tears, cried by parents whose children left the house in the morning and were not allowed to come back home. They are forever gone, they left this life way too early because of our inability to use common sense.

The mass shootings will continue until we all will agree on stricter gun laws. How in the world can a 17-year-old have access to a gun -any gun? That’s something I just don’t understand. A child -no matter where- should not have access to a gun, neither shouldn’t they be allowed to own a gun.

The other day I wanted to watch a YouTube video and the advertisement before praised a new gun holster, one now can wear on the inside of their pants. Knowing that there is no age restriction on YouTube, I wondered about it, and it made me sad.

After Christmas, I changed my radio station, gave up the station I had listened to for so many years when the commentator made an advertisement for a shooting ranch. Cigarette commercials are banned, yet commercials for weapons are allowed?

Times have changed, that’s for sure. The Wild West was harmless, compared to today. Perhaps back then they had more common sense?

Hunters, go and hunt, I (still) eat meat, I understand. Allow people to have a gun in their home if they feel the need to have one, I am okay with that as well, BUT civilians don’t need semi-automatic weapons and no child or teen should be able to buy or get a gun. 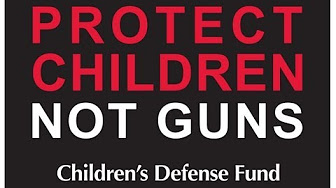