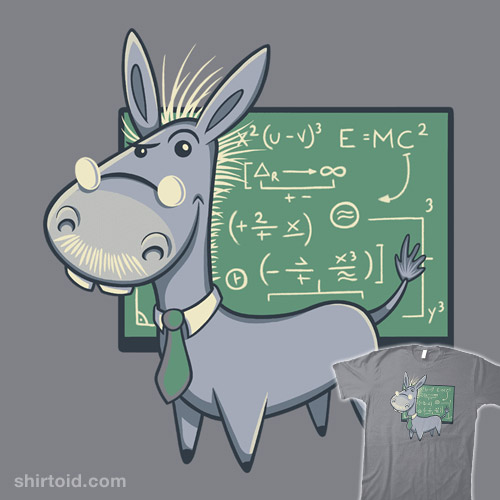 To understand the world, you have to UNDERSTAND the world.

After yesterdays meeting between Putin and Trump, I couldn’t help but wonder what the world is thinking. We here in the U.S. don’t hear much about the rest of the world. Most of our news outlets have shifted their focus to American politics only, interrupted only by mass shootings and global catastrophes.

I wonder about the guy in Kentucky, the one I made up in my mind. The poor guy who is still hoping that all good fortune will soon come his way when his old factory will reopen.  He sits there -day in, day out- pops a beer can or perhaps a soda can, and watches the local cable news. Between the game shows and talk shows, he gets his information from Fakebook and other similar reliable social media sites. That’s a very unfair assumption, isn’t it? Perhaps he would like to know more, but our news keeps him uninformed? Maybe he would like to get to know the world, is more would be translated?

Tuesday is “Smart Ass Tuesday” on my blog and for one time only -without sarcasm or irony, let me be a different kind of SMART ASS.

A Newspaper in Russia

“Nezavisimaya Gazeta”: “The US is trying to pull Russia on its side, especially in international confrontations with other powers, such as Iran and China and that can be read between the lines of negotiations between Trump and Putin in Helsinki. Already during the greeting, both of them immediately knocked off all the important points of the historic summit. Everything went as expected, but at the same time, the head of the White House has written the topic of China on the flag and now you can imagine that he wishes, Putin to be involved in this trade war. ”

A Newspaper in Germany

“Handelsblatt”: “That Trump is in the process of splitting the EU – which he most recently called America’s enemy – and NATO is playing into Putin’s hands.” Putin needs a weakened  EU to secure Russia’s position in Europe. It is time for some in the West to wake up, especially in Europe, which is becoming increasingly authoritarian East of the EU, otherwise, history repeats itself as a farce, it is urgently necessary to thwart this – compared to Putin and Trump. “

A newspaper in Switzerland

“Neue Zürcher Zeitung”: “Trump’s puzzling appeal to Putin remains a mystery. The only certainty is that the Kremlin cannot ask for a better actor in the White House than him – a man who has in no time managed to disrupt the Western alliance and to make the once-important relations with Berlin, London and Paris toxic, but also undermines the American institutions and at the same time naively overlooks how Russia outmaneuvers the US on the Middle Eastern chessboard. (…) Just like his bombastic summit meeting with North Korean dictator Kim Jong Un in Singapore, Trump returns from Helsinki with a vague promise of progress in the future. “

A newspaper in the Netherlands:

“De Telegraaf”: “Vladimir Putin (…) has been brought back to the top by the most powerful man in the world (…) He is where he wanted to be, on par with Trump. Donald Trump, as at the Kim Jong Un summit, once again made it clear that he has a fondness for so-called strong leaders, an expression too deficient to do justice to the corrupt regime of Putin, and ridiculous in Putin’s case. Trump almost seems to be following Moscow’s course, and Putin is rubbing his hands, as the EU is weakened by a trade war and NATO’s unity is threatened by the unpredictable American course. “

“El Mundo”: “Europe looks with concern to the fruits of the first meeting of Donald Trump and Vladimir Putin, and the grip that both leaders hold on the continent is increasingly worrying. (…) There has never been much of Russia at least not since Putin came to power, but now the same holds true for the United States, led by a trumpet who fought a trade war against the EU and criticizes it every time he steps on European soil. Diplomacy fades with this two leaders. “

“La Vanguardia: “Putin had come to Helsinki strengthened by the organizational success of the World Cup, and Trump came after criticizing right and left against his NATO allies and criticizing the British prime minister.” Putin leaves the Finnish capital after he has achieved a twin goal: International legitimacy and the recognition of Russia as a world power Trump leaves behind the feeling that he has made many concessions to his ‘competitor’ as he defined Putin.”

A Newspaper in the Czech Republic:

“Hospodarske Noviny”: “Direct dialogue is better than silence or the transmission of news through the media, but given its importance, the outcome of the summit seems a bit meager at the end.” Trump and Putin have basically agreed that they should work together and reach agreements – for example, on nuclear disarmament, on further development in Syria and Ukraine, and on the fight against international terrorism – but they have not presented a concrete initiative, and even more generally formulated topics of possible cooperation are provided with fundamental question marks. “

A Newspaper in Great Britain:

“Times”: “Trump’s silence on Ukraine was shameful, but perhaps the most worrying of all was the refusal of the US president to defend his own country when asked if he believed in Russian interference in the US election. It is difficult to imagine that even one of his predecessors would have represented such a pro-Russian line. (…) All in all, the summit left a stale aftertaste that serves Russia’s goal of irritating the West while he was an obvious ally in Europe, he was dogmatic about Putin, and it is clear that the covenants on which the world order is based are in danger. “

A Newspaper in Denmark:

“Politiken”: “It should be good that the US and Russian presidents meet and talk with each other, but seeing Donald Trump represent the United States is painful. […] The press conference in Helsinki was grotesque. Trump was more interested in keeping a distance from the judiciary in his own country than in Putin’s attempt to assert Russia’s innocence […] In a sitcom that would be overblown, but that the US president was so incoherent, cumbersome and poorly considered, is embarrassing and frightening. […] For Europe, Trump has become a nightmare that needs to be overcome, and for the US, Trump is a regular problem that damages American credibility, reputation and status. ”

A Newspaper in France

“La Croix”, France: “Russia had been weakened the meeting with Trump, but now Vladimir Putin, who found his negotiations ‘very successful and important’, emerges strengthened. Donald Trump has deceived his government and the US Congress, who insist on a hard line against Moscow. He confused his allies in the EU and NATO with constant criticism. This spectacle diplomacy is just like the trade war very troubling and disturbing.

I can’t find the right words to close this blog post, so I don’t even try.