Pulitzer Prize for investigative reporting
The staff of The Washington Post

Pulitzer Prize for local reporting
The staff of The Cincinnati Enquirer

It was a record-breaking year at the Emmy’s for CNN with 27 nominations and many other news channels. Good journalism needs to be rewarded -now more than ever. MSNBC, CBS, CNN, NBC, ABC, and many other news stations, have been given numerous prestigious awards throughout the years.

Good journalism. Where to find it and where not?

Interestingly enough, FOX News has never gotten an award -neither have they been nominated and I couldn’t help but wonder about it. Surely, they can’t be that bad?

I dug deeper -wanted to know more and what I found floored me a bit.

There is a big difference between the Fox News journalists (who, although few in number, are actual reporters, with respectable and credible backgrounds) and the Fox News commentators (who are not known for anything other than being pro-Republican, and these days, pro-Trump, partisans).

FOX NEWS is actually an entertainment channel. They report very little actual news throughout a 24-hour cycle. Fox news is mainly opinion/commentary for your entertainment and enjoyment.

FOX NEWS is not known as much for its journalists as it is for its commentators. And since its commentators are not reporters (and thus, not objective), I doubt they will win any journalism awards now or in the future.

Imagine what could happen. All kind of scenarios come to my mind and my imagination is running wild.

Millions of people, who enjoy their daily entertainment on FOX News could vote a Reality TV star into the White House.

God damn, you can’t make shit up like that! This is better than any soap opera, I swear! 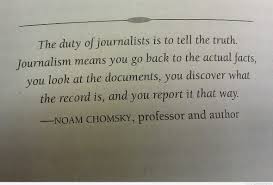 2 thoughts on “This is when it matters”