You would think the whole Government is closed during a Government shutdown but sadly, that’s not the case. Of course, politicians still receive their pay, while some of the real public servants go home without a paycheck-at least for the moment. I will never understand the logic behind it, I doubt anybody does.

A Government shutdown between Christmas and New Years -what a great political spectacle and stunt it is.

I wish THEY would ask us, the people what we want. While I can’t speak for all, I do know what I want?

To me, border security also means protecting immigrants who are seeking asylum, jobs, reunification with their families and prevention of abuse by human traffickers, drug dealers, drug cartels and every other criminal element that endangers all who are trying to reach American soil. 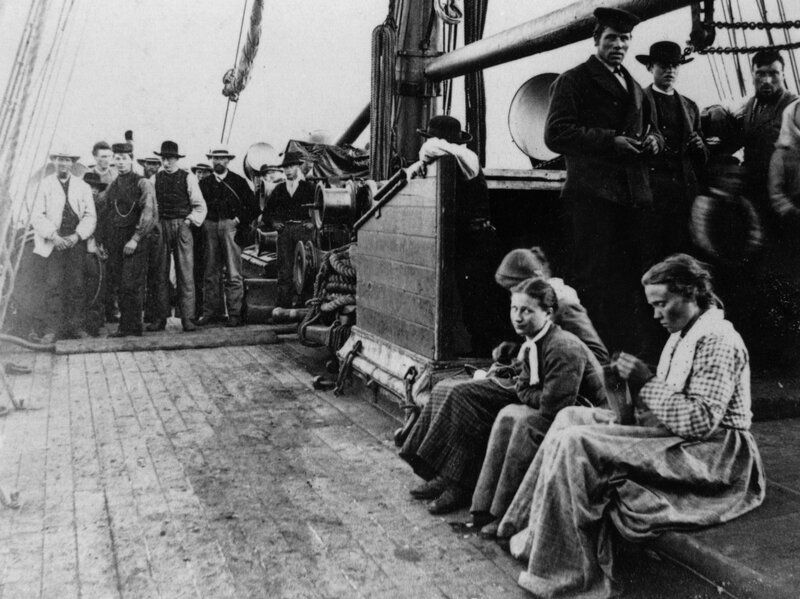 Back in the 19th century, Norwegians began coming to the United States in droves. And they were among the poorest of the poor.

For that reason, I have no respect for either Chuck Schumer, Nancy Pelosi or Donald Trump. Each of them has lost track of the importance of border security that protects innocent lives. Refugees from gangs, corrupt governments, and those seeking a new life in America deserve the protections of law guaranteed to all of us, even non-citizens.

Ship of Immigrants to Ellis Island

Children are particularly vulnerable and recently two young children have died allegedly for medical negligence. The wall between the U.S. and Mexico already exists. There is a physical barrier. There is also a racial and cultural wall that is hardly invisible. Both parties and the leadership of both are responsible for the ongoing tragedies at the border.

That includes separation of children from their families and the internment of innocent people. We need border security and we also need to restore compassion and fair treatment of all those trying to come to America. We can handle the criminal element and send them back or imprison them. What we’ve shown is that we can’t handle is the masses of desperate people who need us. We need them too. Immigration is the keystone of American Democracy.

In the mid-1800s, the white American establishment feared Irish immigrants would alter the country’s makeup with foreign religion and customs.

The county has done just fine with no border wall in our 242 years. The “terrorists” that have been attacking this country are from within, citizens with too many guns, shooting high school students, churches, nightclub patrons, moviegoers, preschoolers, concert goers. These people are all citizens, and often, ex-military. They are not coming from Mexico and Guatemala.

But then…what do I know? *The 2014 elections gave the Republicans control of the Senate (and control of both houses of Congress) for the first time since the 109th Congress. With 248 seats in the House of Representatives and 54 seats in the Senate, this Congress began with the largest Republican majority since the 71st Congress of 1929–1931

8 thoughts on “Government Shut Down – A Wall and Immigration”