You think you would get at least a break Sunday in the morning and perhaps I would have, but I was not smart enough and turned on the TV. The channel was set at NBC and so I listened to MEET THE PRESS, a show I normally like.

It took about five minutes and smoke was coming out of my nostrils and still in my Pj’s, holding a cup of decaf in my hand, I gave our dogs a quick history lesson.

Why? Because I had to. I am sick and tired of false claims and I don’t care which side it is who makes them.

I like the New York Times, and I admire many of their journalists but I would hope that in the future, they don’t send somebody who is obviously not a history buff to a show like this.

The younger generations are listening to us and they learn from us. Don’t we ever forget that!

Interesting enough, a panel full of educated people of both parties, did not react at all, when David Brown, a columnist of the NEW YORK TIMES made a big faux pas.

At 23:50 he makes a statement which is not just historically wrong, but also very arrogant and very uneducated.

He says, and I quote: We the United States of America, are the country who won World War II, we defeated fascism, we defeated the Japanese we launched that complicated THING -what he means with that is unknown to us and him I suppose.

Good grief, what is wrong with this country. Can’t we get our facts straight anymore? Seriously, our school system needs reform as bad as our immigration laws and public health care.

While the United States of America was an important Ally in World War II, there were others.

I have never heard fake news, mainly because it does not exist, but I have seen, read and heard a lot of false news lately. This is Fox News standard and I hope it will not become the norm.

I hope one day we all -the left, the right, and the middle- will start to fact check everything -at all times. Perhaps we can relearn to think before we speak or write.

If not, we will be a nation of very uneducated people very quickly.

My apologies to THE NEW YORK TIMES and to MEET THE PRESS, who normally have a higher standard.

I had to call you out. I couldn’t help it! 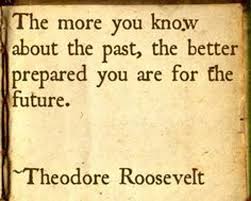 24 thoughts on “Sorry Allies, we didn’t mean to”