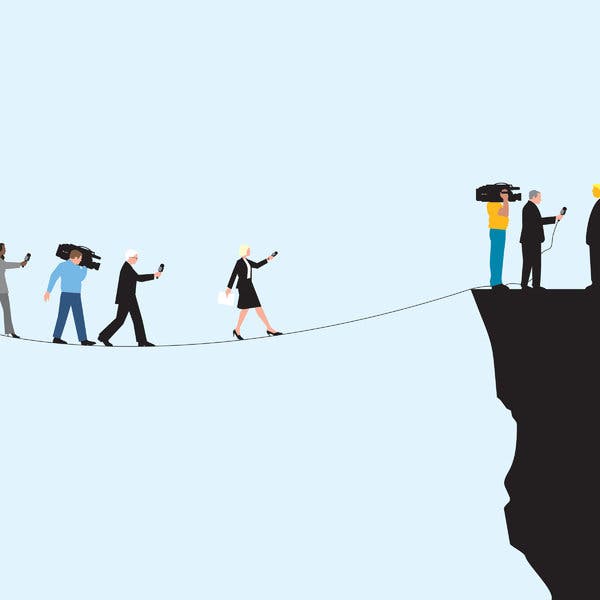 “Pocahontas” won’t be lonely for long.

As other Democrats join Elizabeth Warren in the contest for the party’s presidential nomination, President Trump will assign them their own nicknames, different from hers but just as derisive. There’s no doubt.

But how much heed will we in the media pay to this stupidity? Will we sprint to Beto O’Rourke, Cory Booker or Mike Bloomberg for a reaction to what Trump just called one of them and then rush back to him for his response to that response? Or will we note Trump’s latest nonsense only briefly and pivot to matters more consequential?

That’s a specific question but also an overarching one — about the degree to which we’ll let him set the terms of the 2020 presidential campaign, about our appetite for antics versus substance, and about whether we’ll repeat the mistakes that we made in 2016 and continued to make during the first stages of his presidency. There were plenty.

Trump tortures us. Deliberately, yes, but I’m referring to the ways in which he keeps yanking our gaze his way. I mean the tough choices that he, more than his predecessors in the White House, forces us to make. His demand for television airtime on Tuesday night was a perfect example: We had to weigh a request in line with precedent against a president out of line when it comes to truth. We had to wrestle with — and figure out when and how to resist — his talent for using us as vessels for propaganda.

We will wrestle with that repeatedly between now and November 2020, especially in the context of what may well be the most emotional and intense presidential race of our lifetimes. With the dawn of 2019 and the acceleration of potential Democratic candidates’ preparations for presidential bids, we have a chance to do things differently than we did the last time around — to redeem ourselves.

Our success or failure will affect our stature at a time of rickety public trust in us. It will raise or lower the temperature of civic discourse, which is perilously hot. Above all, it will have an impact on who takes the oath of office in January 2021. Democracies don’t just get the leaders they deserve. They get the leaders who make it through whatever obstacle course — and thrive in whatever atmosphere — their media has created.

Trump was and is a perverse gift to the mainstream, establishment media, a magnet for eyeballs at a juncture when we were struggling economically and desperately needed one. Just present him as the high-wire act and car crash that he is; the audience gorges on it. But readers’ news appetite isn’t infinite, so they’re starved of information about the fraudulence of his supposed populism and the toll of his incompetence. And he wins. He doesn’t hate the media, not at all. He uses us.

Did that dynamic help elect him? There’s no definitive answer. But we gave him an extraordinary bounty of coverage, depriving his rivals of commensurate oxygen and agency. And while our coverage of him had turned overwhelmingly negative by the final months of the 2016 campaign, it by no means started out that way.

Thomas Patterson of Harvard’s Shorenstein Center on Media, Politics and Public Policy has been analyzing that coverage since Trump declared his candidacy for the presidency in 2015. Patterson found that for much of that year, the number of stories about Trump in the country’s most influential newspapers and on its principal newscasts significantly exceeded what his support in polls at the time justified.

And those stories were predominantly positive. “The volume and tone of the coverage helped propel Trump to the top of Republican polls,” Patterson wrote in one of his reports about the election. In stark contrast, stories about Hillary Clinton in 2015 were mostly negative.

Through the first half of 2016, as Trump racked up victories in the Republican primaries, he commanded much more coverage than any other candidate from either party, and it was evenly balanced between positive and negative appraisals — unlike the coverage of Clinton, which remained mostly negative.

Only during their general-election face-off in the latter half of 2016 did Trump and Clinton confront equivalent tides of naysaying. “On topics relating to the candidates’ fitness for office, Clinton and Trump’s coverage was virtually identical in terms of its negative tone,” Patterson wrote.

Regarding their fitness for office, they were treated identically? In retrospect, that’s madness. It should have been in real time, too.

2 thoughts on “Will the Media be Trump’s Accomplish again in 2020?”