About 5 am you can hear John shoveling his driveway. He has been waiting for the first decent snowfall, this is his favorite time of the year. He is a two-time veteran -army and navy- and if he could have done it, he would have enlisted a third time but he was too old to do so.

Now he is in his 70’s and he spends most of his days sitting in the basement, watching old movies in his TV room. He has followed orders all his life, now there are no orders, life is up to him and he is lost. The house and yard are well-taken care off, so is the yard next door that he mows and weeds for free.

Most neighbors don’t like him and to be honest, I am not particularly fond of him either. He hung out in my workroom too often and for too long until I put a stop to it. I look at him and see something that I want to avoid in my future. Loneliness, boredom, and perhaps the feeling of not being useful anymore.

He is not alone, living in an older subdivision has shown me a side of retirement I never thought of.

My next door neighbors are a vivid example how not to live in old age. She leaves 3-4 times a day, goes shopping for the two of them and picks up lunch on her way back. In the meantime, he sits at home taking care of house and yard. She talks about her grandchildren and children all the time and while I am good at pretending to listen, I often find myself wondering if their life has ended already and they just don’t know it? When do you stop talking about your own life exactly and where does that leave me?

Her husband pulls our trashcan in every Monday, beats me to the punch each and every time. My husband comes home later, so he is out of the race, it’s just me and the neighbor and I tried to be faster, tried to pay back the favor but never succeeded. Finally, I gave up and let him spread his generosity.

Today in the morning I looked outside and our driveway was already shoveled. I send him a text, thanking him for his kindness. That’s all I can do. I know he is bored, I know he wants a job or perhaps a part-time job, but society is not very understanding and so it is hard to find something suitable. “Just for a few hours a day,” he explains to me and I nod.

Perhaps he should start a blog and write about the good old times when he felt valuable to society and share his unlived dreams, but possibly that would be the same as sitting in front of the TV like old John.

There is so much more. I could write about the widower, who doesn’t get up before 1 pm and sits in his man cave until way past midnight every day. His daily excitement is also a trip to the grocery store. There he greets all the employees and customers he knows before he goes back home to an empty house.

Great Britain elected a Minister for Loneliness and I can’t help but wonder if we shouldn’t follow their example.

I feel I need to rethink my own retirement plans. I never thought that time spent in front of a screen on a daily base could be an issue, times have changed and now it is. The illusion of being connected to a world behind a screen, perhaps that’s even better than a Minister for Loneliness?

Getting older is not an option, but the way we live old age is our choice I suppose. For heaven sake when does old age actually begin and how close am I?

My blogging hour is up, much to think about! 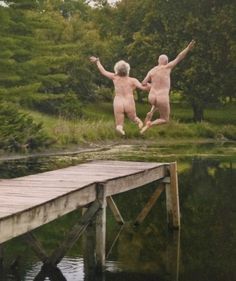 Definitely, a choice I have my eye on.

11 thoughts on “The Boredom in Retirement”