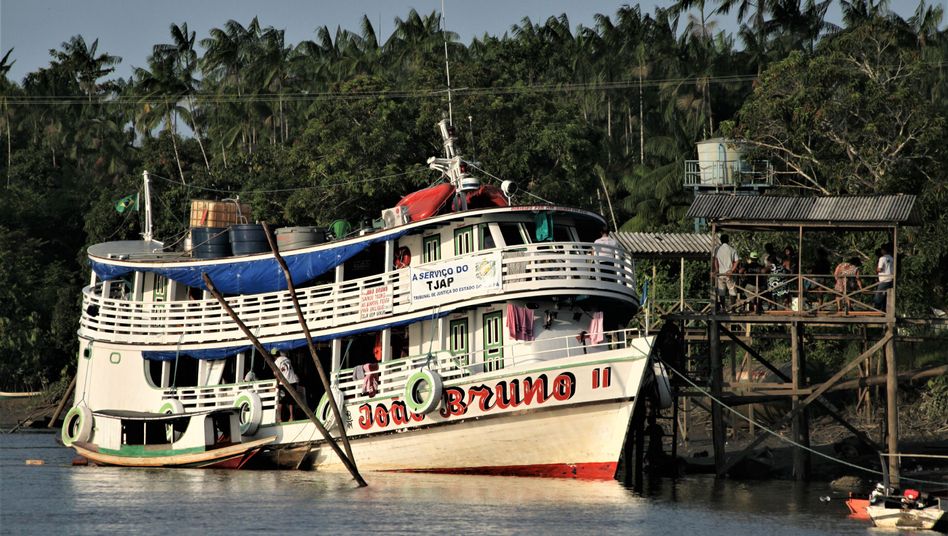 I have decided to get creative during the time of our partial lockdown. I have limited myself to one hour of news a day, my sunny disposition can’t handle more.

Besides working, cleaning and cooking, I have travel a lot -in my mind. I have seen parts of the world I would like to share. Would you like to take a short trip with me?

Shortly before sunset, a number of colorful houses suddenly appear behind a river bend, framed by green, tropical vegetation and the brown waters of the Amazon.

Vila Progresso is the capital of the Bailique archipelago, a cluster of eight islands in the Brazilian rainforest located 12 hours from the nearest major population center. It is little more than a labyrinth of rivers and canals and many of the homes are on stilts, as are the sidewalks. Because every April and May, the river spills over its banks.

The natural beauty makes the place seem like a paradise, but life here is hard. There’s no work to be had except for a bit of fishing and the archipelago’s roughly 14,000 inhabitants live hand to mouth. Many of them can neither read nor write and without government welfare, hardly any of them would be able to make ends meet.