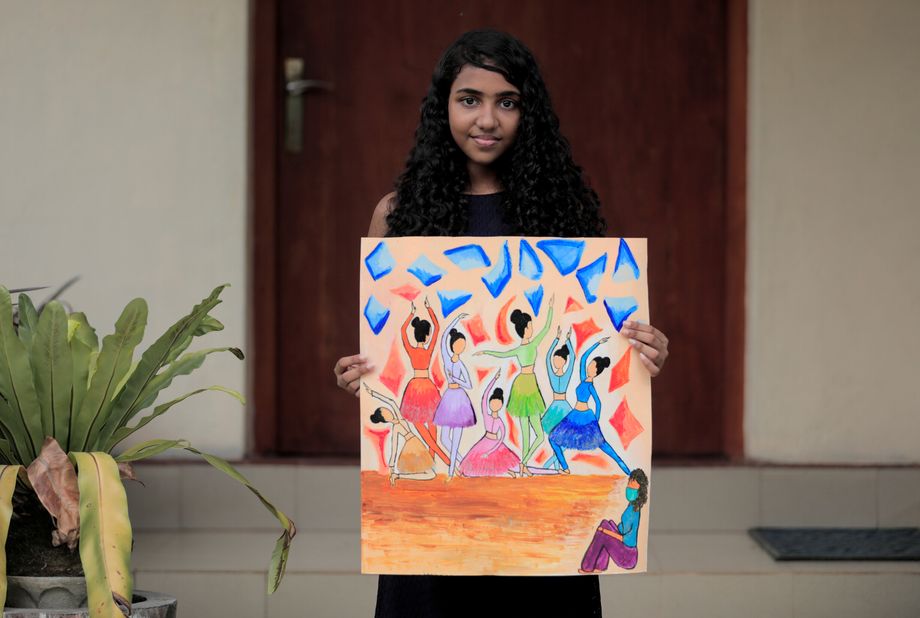 A 14-year old girl in Sri Lanka. She is an only child and feel lonely right now, she missed dancing with her friends. 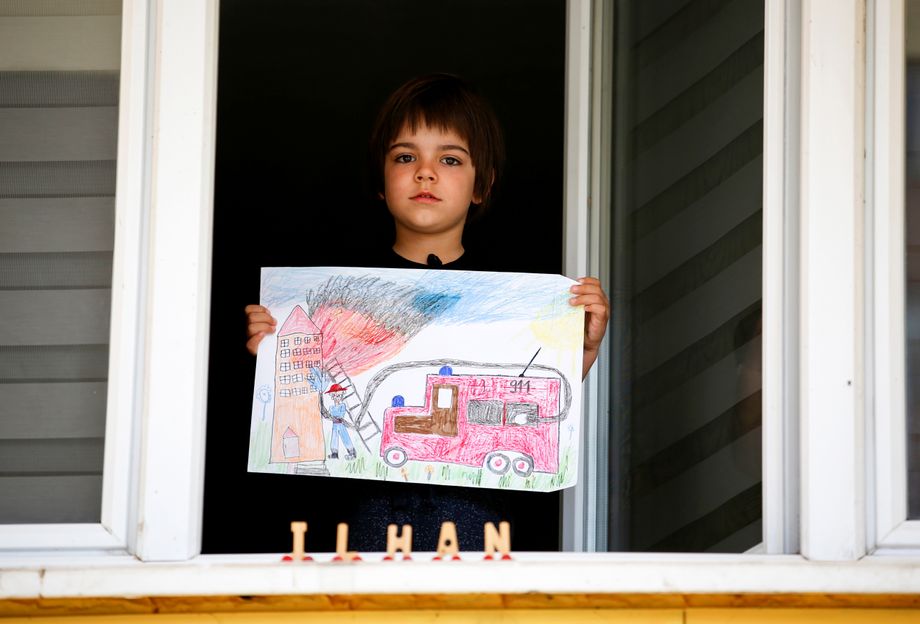 Firemen are his heroes. The 5-year old from Bosnia and Herzegovina painted letters and numbers before, now he watches the TV series about emergency helpers with his parents. 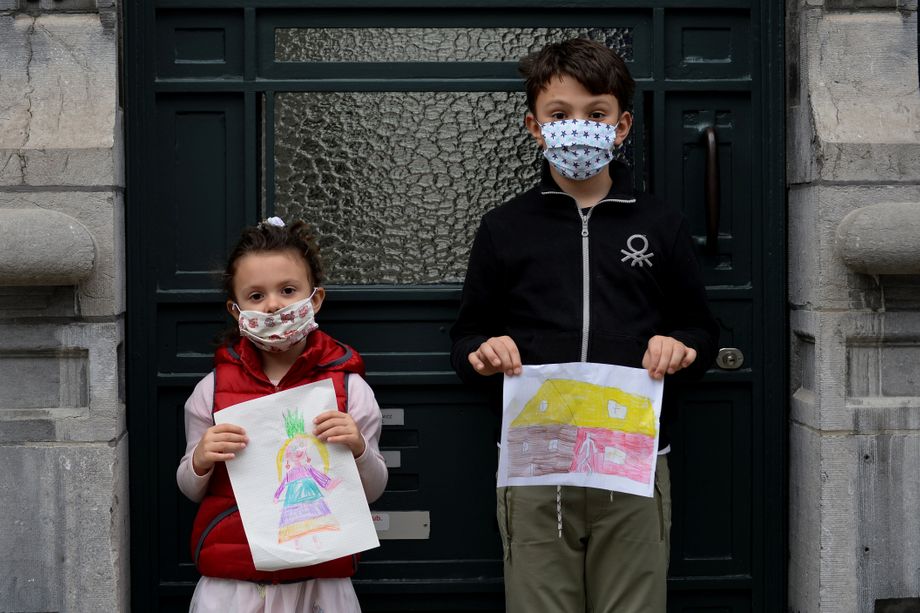 Two siblings in Belgium. Both miss their Grandparents and their friends. She painted a picture of her mother as a princess, he painted the grandparent’s farm. 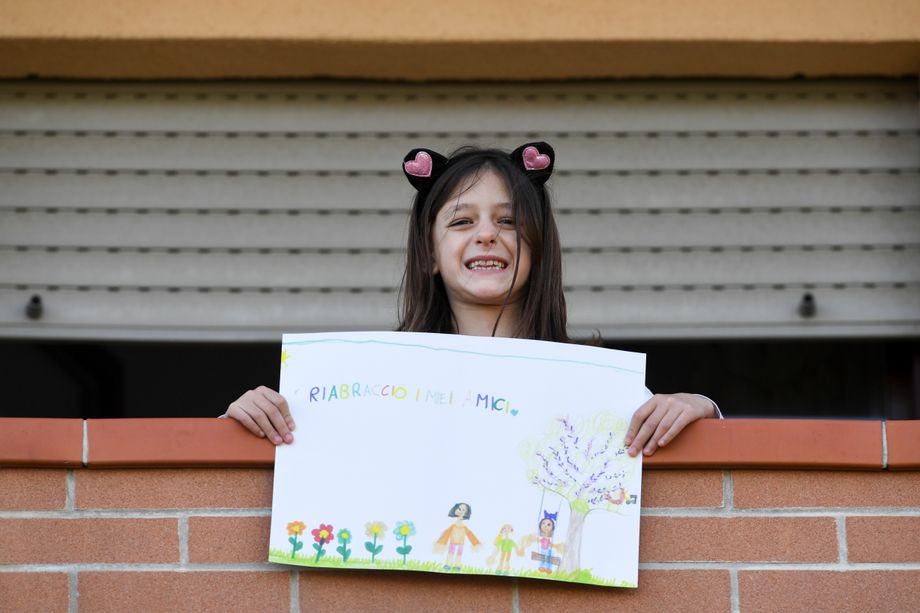 7-year-old Adrianna in Italy misses playing with  her best friends. 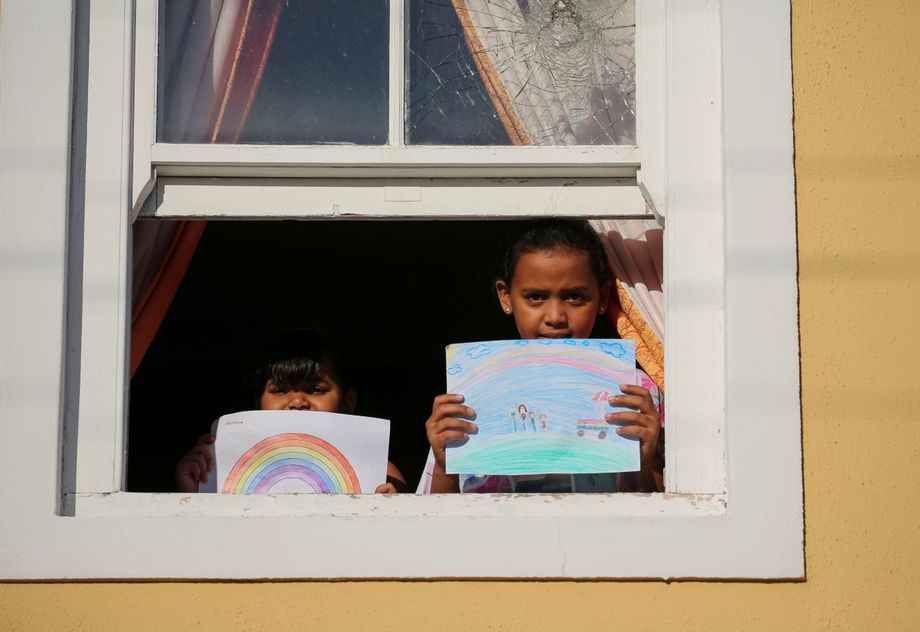 Two children in Cape Town, South Africa. The older one misses the ice cream truck. Both want to go outside and play, like all the other children. 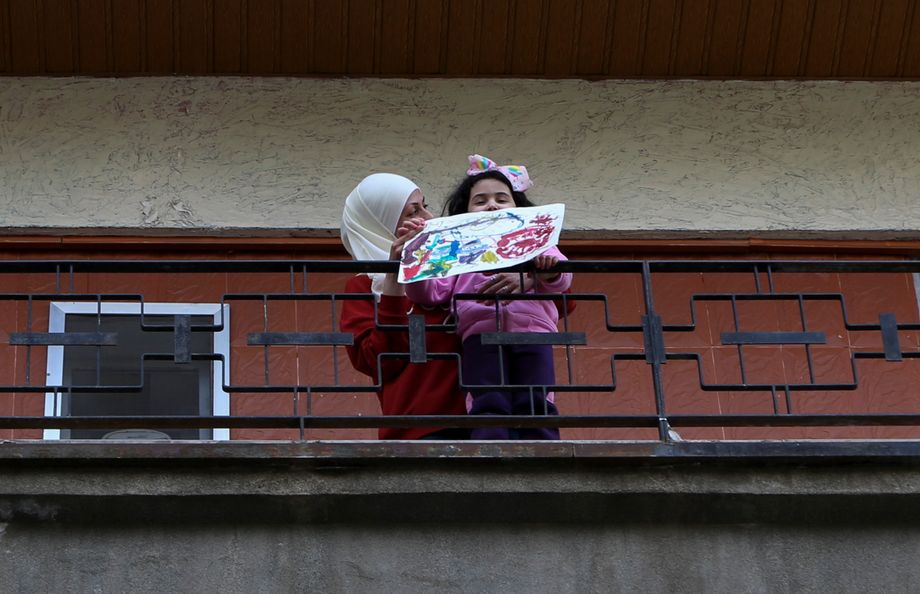 “I am not afraid anymore, because my brother and I are wearing a facemask. We are going to stay home until the virus will be gone.” She painted the coronavirus but added suns and planets. (Syria) 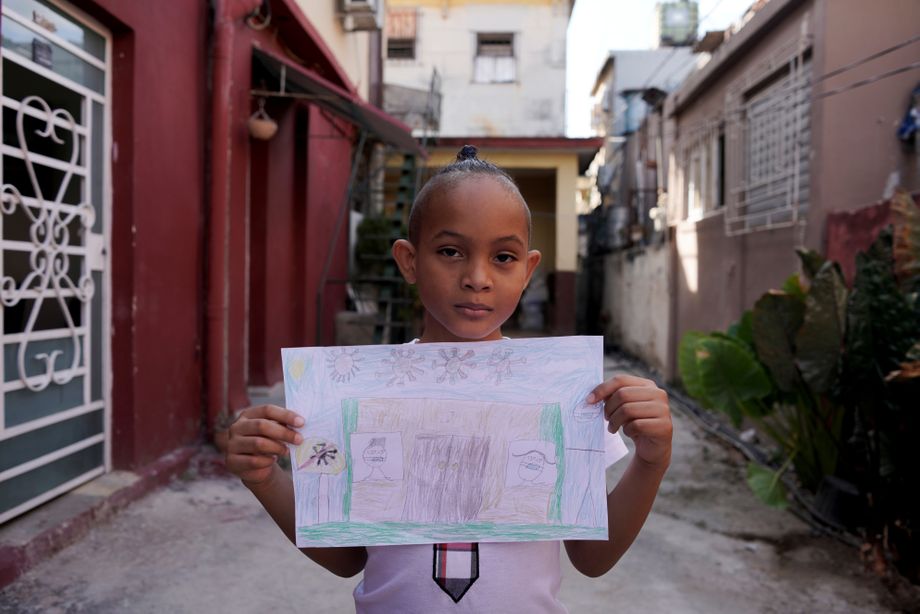 A 7-year old boy in Havanna, Cuba. The coronavirus is dropping down from the sky. He is trying to paint reality, he says. He is at home with his mother, his father is a doctor. He is mostly at the clinic these days. 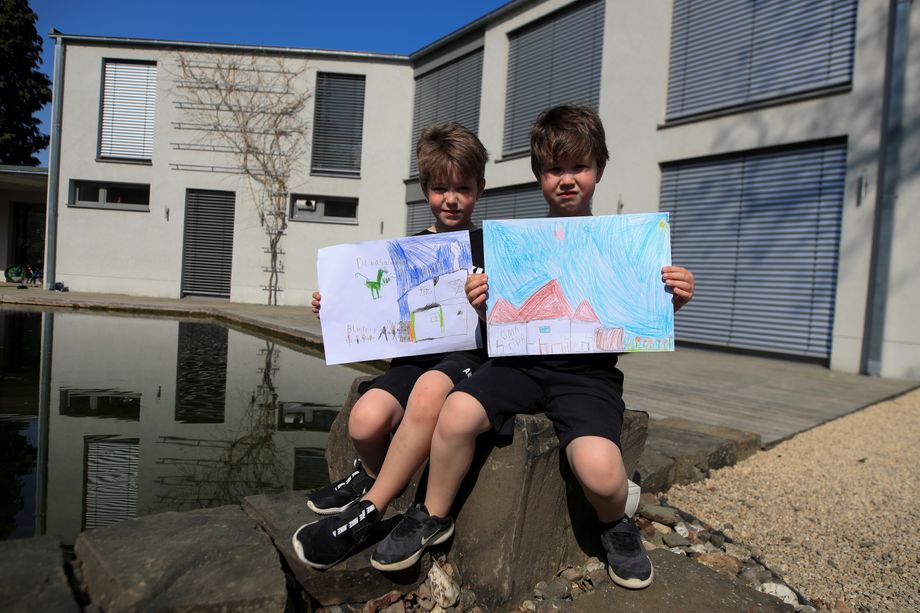 Two brothers in Cologne, Germany. The younger one wants to go to the adventure museum, the older one misses ‘real’ school. 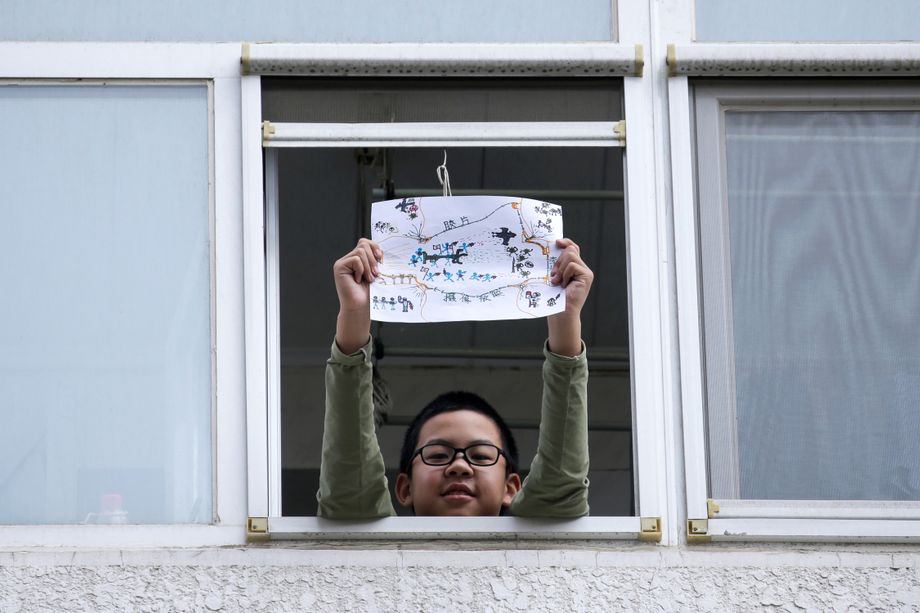 11-year old Li is living with his grandparents. He paints the virus like monsters. They land on earth and attach the people, but scientists find a weapon and in the end, they will kill the monsters. He doesn’t like home schooling. “Too many classes,” he says, but he loves that he can eat ice cream. 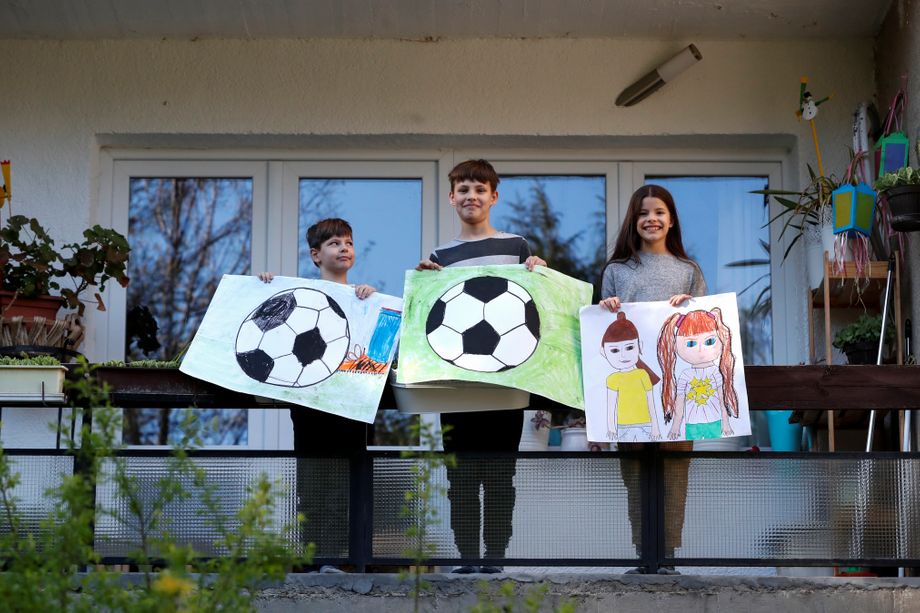 It’s clear what the boys miss in Budapest, Hungary. All the kids complain that they have more homework now. The little girl misses her best friend. 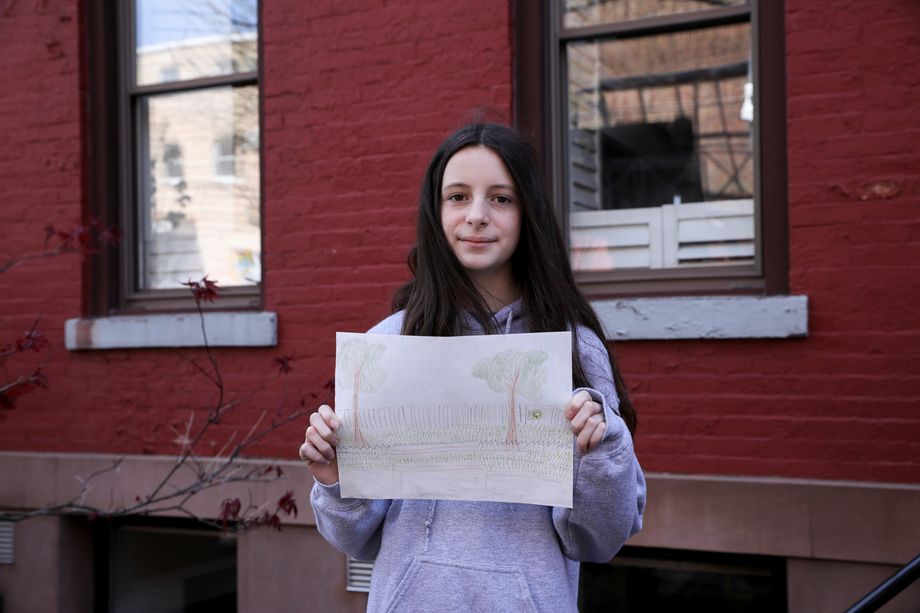 Brookly, New York. The 13-year old misses going to the nearby park. She feel trapped at home. “Social distancing is hard in a city with so many people, you always have to make sure not to bump into another person,” she explains. 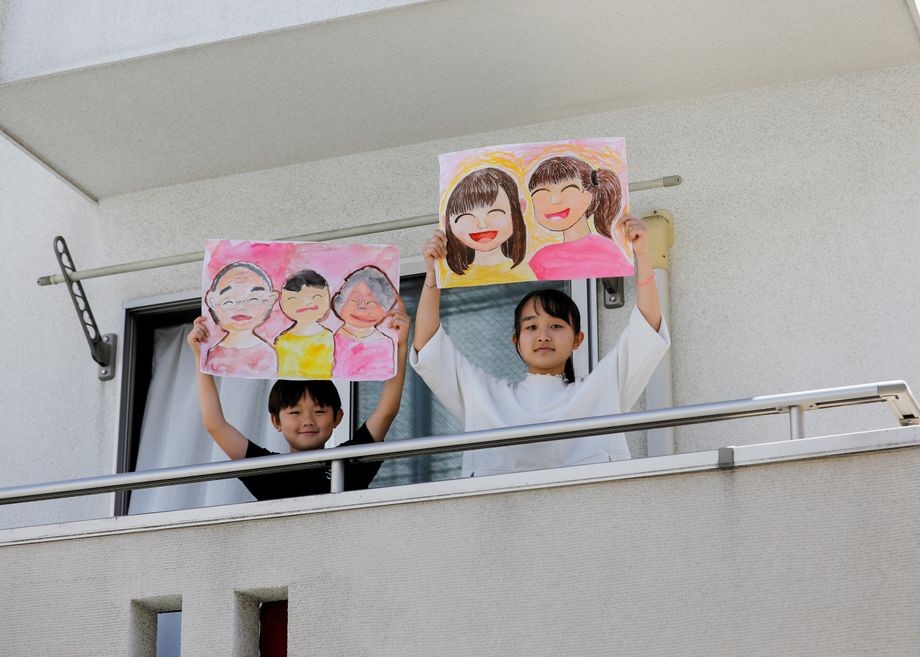 Beautiful pictures in Tokyo, Japan. Both kids miss their grandparents and their friends. 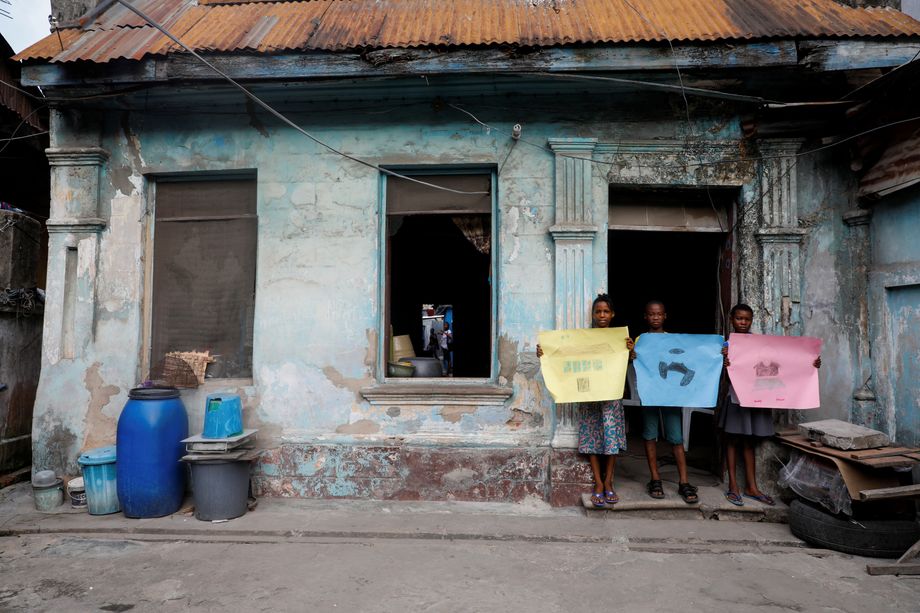 Kids in lockdown in Nigeria, Africa. Sofiat (9), Olatunji (11),and Amira (11) are standing in front of their home in Lagos.  They miss soccer, the school, and Miss, Bada, their teacher. 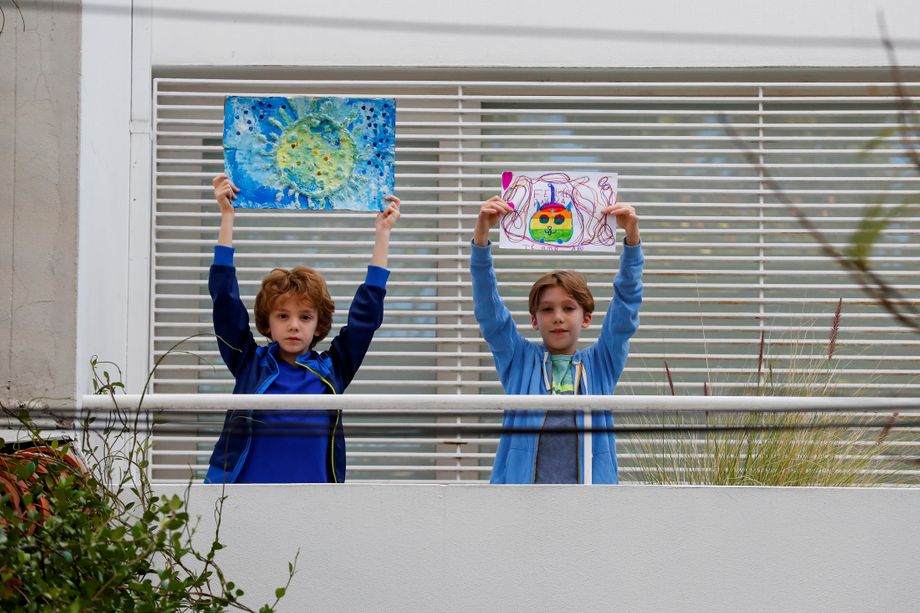 Brasil, Buenos Aires. Juan (8) and Mateo (10) miss everybody they know. The younger one painted vacation, which they had planned, the older one painted a cat for his grandma.

5 thoughts on “Kids around the world during the lockdown”