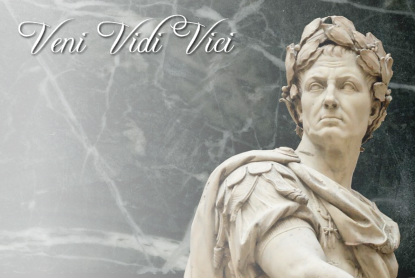 July, the seventh month of the year, named by the Roman Senate in honor of Julius Caesar. Quintilis ‘fifth month’ in Latin, was his birth month, which represents where this month originally fell in the Roman calendar. It was renamed when Julius Caesar died.

July, the warmest months in Northern Hemisphere. Long and hot days, not particularly my favorite time of the year.

What happens in July:

July 3rd is the official start of the hot and muggy Dog Days of Summer!

July 4 is Independence Day in the United States.

18 July is International Nelson Mandela Day
A yearly reminder to make the world a better place. On this day we look back on what has been done and forward to what will be done. This day also celebrates Mandela’s life and legacy in a sustainable way that will bring about the needful changes.

Where I come from. July/Juli is called haymonth. Farmers will bring in the first hay, preparing already for winter.

Blue July, bright July,
Month of storms and gorgeous blue;
Violet lightnings o’er thy sky,
Heavy falls of drenching dew;
Summer crown! o’er glen and glade
Shrinking hyacinths in their shade;
I welcome thee with all thy pride,
I love thee like an Eastern bride.
Though all the singing days are done
As in those climes that clasp the sun;
Though the cuckoo in his throat
Leaves to the dove his last twin note;
Come to me with thy lustrous eye,
Golden-dawning oriently,
Come with all thy shining blooms,
Thy rich red rose and rolling glooms.
Though the cuckoo doth but sing ‘cuk, cuk,’
And the dove alone doth coo;
Though the cushat spins her coo-r-roo, r-r-roo –
To the cuckoo’s halting ‘cuk.’

Sweet July, warm July!
Month when mosses near the stream,
Soft green mosses thick and shy,
Are a rapture and a dream.
Summer Queen! whose foot the fern
Fades beneath while chestnuts burn;
I welcome thee with thy fierce love,
Gloom below and gleam above.
Though all the forest trees hang dumb,
With dense leafiness o’ercome;
Though the nightingale and thrush,
Pipe not from the bough or bush;
Come to me with thy lustrous eye,
Azure-melting westerly,
The raptures of thy face unfold,
And welcome in thy robes of gold!
Tho’ the nightingale broods—’sweet-chuck-sweet’ –
And the ouzel flutes so chill,
Tho’ the throstle gives but one shrilly trill
To the nightingale’s ‘sweet-sweet.’