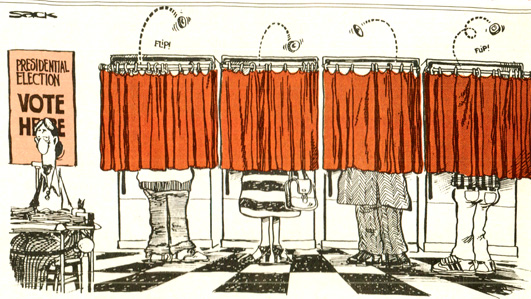 “Mama said we are Republicans,” one of my helpers told me the other day and I could not help but smile. “How old were you?” I asked curiously and he said he didn’t know. Somewhere in between child and teenager, he became a Republican, because his mother said they were.

“What was your family?” he wanted to know and I sighed.

“I don’t know,” I confessed and it is the truth. My parents were busy drinking or arguing, and when I left them to live with my Grandmother, I was too young to ‘see’ politics in people’s behavior. Are drunks liberals or conservatives? Perhaps they just don’t care enough to care?

My Grandma. Well, we never talked about it either. She didn’t fit in any ‘drawer.’ Strict, but open-minded. She hated some of the modern ways, yet she made sure I marched toward the 21st Century with the confidence of the youth.

When I was nineteen I was asked to vote for the first time and I felt terrified -I hadn’t been paying attention too much, I had been busy giving up the farm after my Grandma’s death. I had moved to Vienna and had started university. I run back and forth between jobs, and the rest of the time I was trying to cope with the fact that I had become an adult -also with the fact that there was nobody left to turn to.

I had no opinion, didn’t know much about how this voting thing worked. Still, I was asked to do public service right away by one of my Employers. That Sunday, when Austria would vote, I would spend the day helping in a school close by. Starting at lunch, I would give out the voting sheets -an oversized piece of paper, full with names I never heard of, and after 6 pm I would be helping to count the votes until late at night.

Sunday in the morning I felt nervous. What if I miscounted? What if they found out that I didn’t vote because I didn’t know who to vote for?

And so I arrived at the school a while later. I got a quick crash-course on what to do. It was simple enough. Most adults signed in and walked straight to the voting tables. Back then, it was just a simple table with a chair. There were cardboard walls put all around, so nobody could see who you would give your vote to. Then the voter folded the piece of paper until it was small enough to fit into the little slot in the ballot boxes.

Not many had questions, but a few needed help, mostly older people. I watched people from a distance. How serious they were, and how long it took some to unfold the big sheet, and how carefully they seem to read all through it. Some looked like they felt pride or satisfaction. I couldn’t pinpoint it, didn’t understand neither.

“Did you already vote?” someone asked me and I shook my head.

“Go, vote,” they told me and so I signed in, grabbed the piece of paper, and went to the table. I was so nervous. Surely, everybody could see my embarrassment.

I looked at the names and all the parties they represented.

There was the SPÖ (Left) the ÖVP (Right) the FPÖ (Liberal) VGÖ (Green Party) and the ALÖ (Alternatives) and some other smaller groups.

It was very confusing and so finally I made a checkmark on the only name I knew from Billboards and TV commercials -and felt like a total loser. How could I not know and not have an opinion like all the other people? I had studied politics in school. I had learned how government works, yet I never really thought about it.

We counted the votes until late at night. Piles of sheets were counted for the parties, the politicians and there were also masses of disqualified voter sheets. People had left remarks on the piece of paper, or had made too many checkmarks -or left if blank. Some just had come to voice their disapprovement, without actually voting for anybody.

After midnight the winner was accounted and I felt exhausted. So much had been going on all day long, so much food for thoughts I had to digest.

After my first voting experience I bought the big weekend newspaper every weekend, or got an old one from a neighbor when I couldn’t afford it. I read it from start to finish and I started to pay attention. I didn’t understand it all, but at least I tried.

I think that’s why so much in today’s politics and people’s behavior puzzles me. If the party changes their direction, do you have to change with it?

How can women ask their husband who they should vote for and not know for themselves?

I don’t have all the answers, but to this day I have a lot questions.

Another trip down memory lane, and as always, it was enjoyable to write about it. 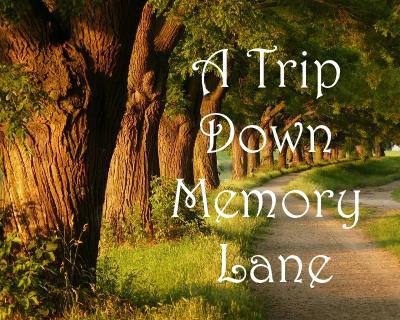 6 thoughts on “Memories – Counting the Votes”