“There’s a race of men that don’t fit in,
A race that can’t sit still;
So they break the hearts of kith and kin, And they roam the world at will.
They range the field and rove the flood,
And they climb the mountain’s crest; Their’s is the curse of the gypsy blood,
And they don’t know how to rest.”
― Robert W. Service

I was born with a severe case of Wanderlust. F from an early age on I decided that I would travel and see the world. I believe the urge to travel was a gift from the universe, given to me in exchange for not having a big family.

“What will happen to me?” I wondered when I was a teenager. My Grandmother was old, and there was no family left that I could fall back on. I knew I would be alone soon, and I felt fear at first.

My Grandmother passed away shortly after I was officially an adult. I was free to travel. Unfortunately, I didn’t have a big bank account to finance my dreams. I decided to study languages and language art; I wanted to become a translator and an interpreter.

I was still making plans for my future when I met Mr. America. We fell in love and decided that we would spend the rest of our lives together, as a couple. We got married, and I moved across the ocean -3,000  miles away from the small village in Austria where I had lived all my life. Maybe that was the voyage I had longed for all these years?

“Bon Voyage,” my friends said, and wished me luck. I loved my husband and my new home and -like every newlywed couple- we made plans. We wanted a big family but as so often, we humans make plans, and the universe laughs at us; we couldn’t have kids of our own.

I was still trying to come to terms with the idea of being a childless couple. I was moping around, tried to accept the new reality. I translated books and articles when out of the blue a company offered me a job.

They wanted to hire me. “There is traveling involved,” they said, and I laughed inside. How would my husband react I wondered?  He was all for it and I signed the contract.

I don’t know how it all happened, but many of my dreams came true. I saw the word and the places I longed to see and got paid for doing so. My husband could often join me. How much luckier can one get?

“Travel is fatal to prejudice, bigotry, and narrow-mindedness, and many of our people need it sorely on these accounts. Broad, wholesome, charitable views of men and things cannot be acquired by vegetating in one little corner of the earth all one’s lifetime.”
― Mark Twain

We are not trees, we don’t have our roots in the ground, we have feet to wander. Go and explore the world! 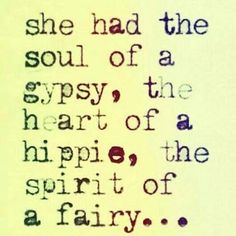