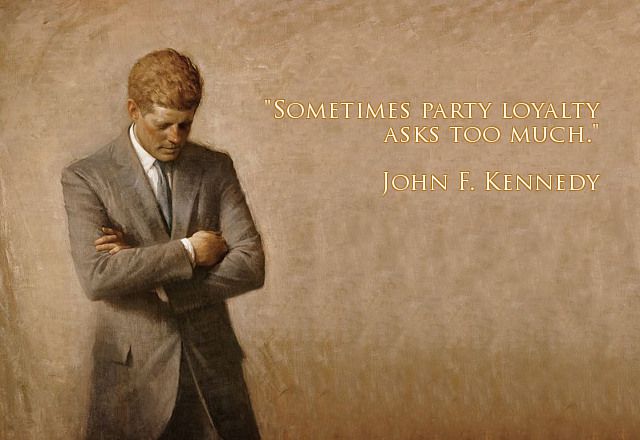 Donald Trump addressed the African American voters with the words, “What do you have to lose,” and a good friend of mine almost lost her cool; she had a few words for him that I cannot repeat and she had every right to be angry. She is African American, and she can see the ugly truth behind his laughing face.

A  responsible political party would have prevented a dangerous man like Donald Trump from getting as far as he has – a xenophobic choleric, a racist, a man who believes in the superiority of the white race. But politics is about power. ”I am voting for the conservative party.  And if this jackass just happens to be leading this mule train, then so be it.” That’s what a lady said after the last presidential debate, and I felt so sorry for her -so sorry for us. Blind loyalty is a dangerous thing.

Donald Trump opened Pandora’s box a while ago. He attracts all kind of questionable people and yes, I use the word “questionable” because that’s the politest word I can come up with, when I think about white supremacist.

There are people like David Duke, the former Grand Wizard of the KKK. In July, the 66-year-old Duke announced his candidacy for the US Senate in his home state of Louisiana. Like Trump, Duke is running as a Republican and like the presidential candidate, Duke is also receiving little support from the GOP establishment.

But that doesn’t matter, Duke believes because something much bigger is at stake. “The climate of the country has moved in my direction,” Duke says. Hate and anger, racism and more hate, that’s the direction they are taking.

Duke no longer wants to be seen as the outsider with links to the Ku Klux Klan. It’s 2016 and times have changed, as he sees it, and he has now arrived in the mainstream. “Trump says things these days that sound a lot like what I said decades ago,” Duke says, and he is right.

Duke is one of the most notorious right-wing extremists in the United States. He has served time in prison and has fled abroad to escape charges. His comeback is one of the side effects of Trump’s rise: Rarely before, has an anti-Semite and Holocaust denier been able to snuggle up to a candidate for US President the way Duke has with Trump.
If you ask Duke what his three most important political goals are, it sounds as though he coordinated them with the Trump campaign: Limit immigration, no more wars and disempower the establishment in Washington and on Wall Street. Beyond that, Duke is also fighting for the preservation of the “European-American culture,” for the “beauty of creation,” as he calls it. The segregation of blacks and whites would help, he says. “There are many possibilities. The country is vast, and there are many unpopulated areas,” he says. But it would only work on a voluntary basis, he insists.

The Republican nominee has taken white supremacism out of the fringe and made it socially acceptable. In addition to Duke, Trump also enjoys the support of the right-wing extremist website The Daily Stormer. And Trump has done little to rid himself of the demons he has awoken. Trump initially didn’t even distance himself from Duke’s support before ultimately -tepidly- rejecting it. When he was asked he only said: “I don’t know anything about David Duke, okay?” It was only his campaign leadership that later stated that they didn’t want to have anything to do with Duke.

But was that simply a tactical move? Or was it the truth, for a change?

What do African-American voters have to lose in this election? Everything -like all of us!

39 thoughts on “Pandora’s Box has been Opened~!”