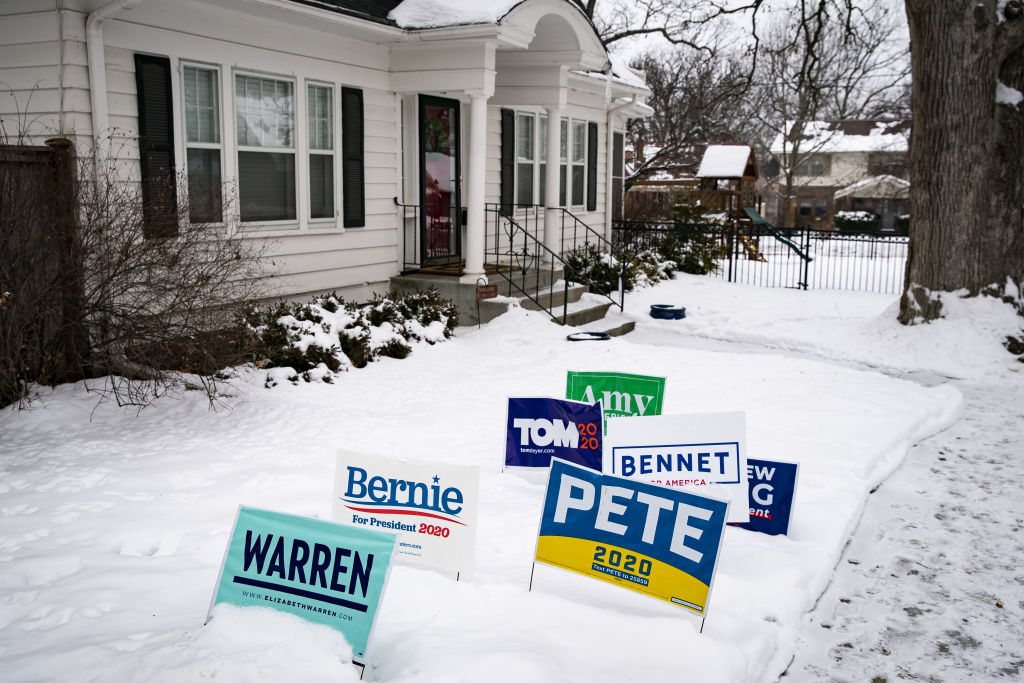 The Iowa caucus will be held today. The Democratic Party members will meet at a public place, and discuss the candidates and general issues. Instead of using voting booths, they stand together in groups, supporting different candidates. It’s more of a neighborhood meeting, a gettogether between friends and neighbors.

Every registered voter can participate but not many do. Less than 20% actually show up, and I don’t blame them. It all seems a bit oldfashioned, a relic of the past, we could live without. It’s like delivering mail via pony express!

The counting process is interesting as well. The people stand in groups, representing the candidate they would vote for. If the size of the group is at least 15% of the people attending, that group is considered viable, and people in that group fill out a Presidential preference card, sign it -yep nothing anonym or hidden here- and then they turn the card in.

Then they are allowed to leave or watch the rest of the caucus, they cannot vote again. Why would you stay? Go home!

While Iowa does not represent the rest of the country, the Iowa caucus is still considered a strong indicator of how a presidential candidate will do later. Why? Beats me!

Looking at Iowa, I have a feeling they will play it safe. Somehow -not sure why I am so biased against Iowa- I picture the majority of the voters to be older, much older. Who has time to spend hours in a gymnasium, or any public place to discuss politics on a Monday?

The candidates to chose from:

The Independent, Bernie Sanders, actually the front runner right now, and then there is the rest of the field. Joe Biden would be the safest bet to place, the former Vice President, running again for President. Then there is Elizabeth Warren, Amy Klobuchar, Pete Buttigieg and of course Bloomberg and the other Millionaire, what’s his name? Styer…sorry I really had to look him up -again.

Biden or Klobuchar would be the safe ones to chose from. One comes across as tired and too old, the other one has never reached me but would be the perfect woman to sell girl scout cookies -just thinking out loud! Both are centrists, who would be perfect in the eyes of anybody who doesn’t like confrontation. “Surely they can attract people from the other party, right?”

Then there is Major Pete, the young, the gay, the veteran, the privileged white guy who can’t reach people of color -so they say and with that, they make sure it stays like that. He is very articulate but perhaps a bit too stiff. I like him! I like him a lot. Too early for him? Yes, I suppose it is too early. Are we in for a surprise?

Bloomberg and Styer, the Millionaires wasting Millions and Millions on TV commercials at a time where so many of us have kicked cable to the curb, and are streaming commercial-free. Can the Presidency be bought? We’ll see. I hope neither one of them will be the nominee. Bloomberg, the Democrat, who changed parties to run as a Republican for Mayor of New York, has me really puzzled. Which one is it? Is he a Democrat or a Republican, and does he even know?

Leaves me now with Elizabeth Warren and Bernie Sanders. 2006, I sat in my garage -because we never smoked in the house- and told a friend on the phone, that I wish Senator Warren would run for President. She didn’t. A guy named Obama and Hillary, the wife of an ex-President made a run for the Presidency.

2016 I hoped for Warren again, but she stayed put in the Senate, endorsed Hillary instead. Hillary Clinton, the one I only voted for because I had to. I knew Trump would win, the moment Hillary became the nominee. The momentum had been with Sanders. THEY, meaning the super delegates, killed the momentum, and with it all the excitement. There was silence the day I left the voting center. People drove home quietly, that was bad!

Now after so many years Warren finally decided to run for President, and now she has lost me. Somewhere between 2016 and 2020, we have lost touch -me and her. While I wish her well, I don’t see her as the democratic nominee anymore.

Warren and Sanders stand for the same. Why would I want the copy, when I can have the original? Bernie Sanders, the Independent who doesn’t belong to either party might be the answer this country needs. Perhaps THEY would unite fighting the Independent?

So, I am again all for Bernie Sanders! I am all in!

What will Iowa do? They will vote for Biden!

Proof me wrong Iowa! Surprise me!

7 thoughts on “The Iowa caucus a relic of the past?”