Until today, I never understood what Gerrymandering actually meant. I heard and read about it, but never fully grasp the consequences.

ger·ry·man·der
verb
gerund or present participle: gerrymandering
manipulate the boundaries of (an electoral constituency) so as to favor one party or class.

Thanks to the Washington Post, now I understand and I can’t help but wonder how THEY get away with it?

I  mean WE THE PEOPLE are not stupid or are we?  Why do we allow one party, the red one, the Trump Party -formally known as The Republican party- to play us like a fiddle?

Why don’t we insist on changing the laws, so that either party will always be treated fair -and SQUARE -sorry couldn’t help that one.-

How can one party set unfair rules and get away with it? I wouldn’t like it a bit, if it would be the party I happen to vote for either. Fairness – Honesty – Equality all these words have still meaning for me -perhaps now more than ever.

Yesterday in Wisconsin, the Trump Party pushed through a sweeping set of bills to limit the power of the state’s newly elected Democrats.

The legislation was aimed at undermining Democrats. There would be a new limit on early voting, which tends to benefit Democratic candidates, after an election that saw record-breaking turnout. Lawmakers, not the governor, would control the majority of appointments on an economic development board. The legislation would also prevent Mr. Evers from banning guns in the Wisconsin Capitol without permission from legislators.

The bills would also require Mr. Evers to get permission from lawmakers to seek adjustments on programs run jointly by federal and state governments, such as public benefit programs. The legislation would block Mr. Evers’s ability to withdraw the state from a lawsuit challenging the Affordable Care Act, a major campaign promise. (Source New York Times)

Front pages of every newspaper here in this country should be pointing out the obvious dismantling of our democracy, yet not much happens. The media is busy following the funeral of a former President and then, of course, there is our daily dose of Trump, we so not need.

Democracy is going down the drain right in front of our eyes, yet we don’t do much.

For me now, it is impossible to keep track of all the ways the Republican Party (as well as the current Presidential administration) is systematically dismantling the very structures of our democracy, not just in Wisconsin, but nationally and in many states.

The mechanisms of balance and compromise our founders wisely put into the Constitution are the means by which the ends (policies) are obtained. That mechanism is what we’ve cherished and held dear for hundreds of years, not specific laws and policies gained by any means.

Could there be anything less patriotic than not understanding such a basic premise of American democracy?

I don’t want to write about politics, I never felt the need I had to. That changed two years ago. I can’t stop. The deeper I dig, the more my neck hair stands up.

Everything I believe in is under attack and it shakes me up to the core.

Our system of checks and balances should work at all times–regardless of what party holds the levers of power. Republicans are setting a dangerous example, especially in this era of extreme partisanship.

Sadly, all is set for the next election.

Even if Democrats win the popular vote by a landslide in 2020, Republicans are sure to retain a majority in both State Houses, ensuring their political dominance for at least another decade.

Over and out -for now! 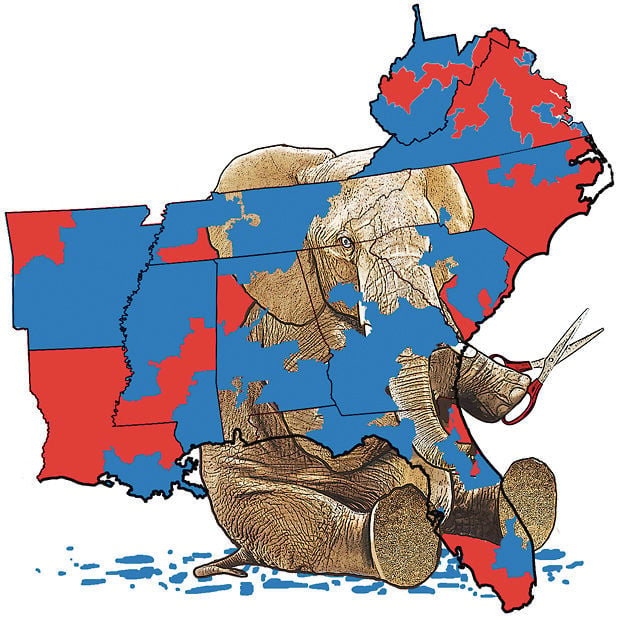 6 thoughts on “When the Balance is Compromised”