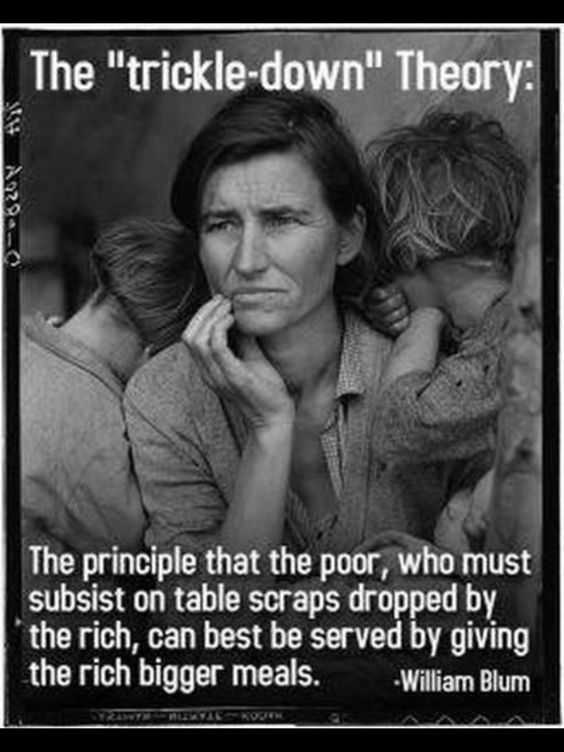 Jubilant Trump voters on Thursday celebrated the prospect of a gigantic tax cut that will benefit everyone but them.

Across the country, Trump supporters were overjoyed that, after months of gridlock and wrangling, the man they voted for was about to make Americans other than them wildly richer.

“President Trump has taken a lot of hits from the fake-news media, but he stood his ground,” Carol Foyler, a Trump voter in Ohio, said. “Today he honored his pledge to the American people, except for me and anybody I know.”

Harland Dorrinson, a Trump supporter from Kentucky, agreed. “When I cast my vote last November, I said to myself, ‘I sure hope this means that people with a thousand times more money than I have get even more money,’ ” he said. “Promise kept.”

Tracy Klugian, a Trump voter from Minnesota, said that tax cuts for everyone but him are an important step toward making America great again. “Look at the stock market—it’s been going through the roof,” Klugian, who has no money in the stock market, said.

But some Trump supporters, like Calvin Denoit, of Texas, were more muted. “Tax cuts that completely exclude me and my family are a good start,” he said. “But, until President Trump eliminates all environmental and safety regulations for corporations that I have zero stake in, I won’t be satisfied.”

The numbers are in and it’s clear: this tax bill helps the rich and hurts everybody else. Just ask the very people who wrote it. The U.S. Congress Joint Committee on Taxation is run by the chairs of the House Ways and Means Committee and the Senate Finance Committee—Representative Kevin Brady and Senator Orrin Hatch, respectively.

The Joint Committee’s reports of this week make startling reading, or as startling as a series of spreadsheets of tax revenue data can be. The report shows that this bill is much like a teaser rate on a new credit card: there are some goodies in the first couple of years, but those disappear fairly quickly, at least for those below the median income. In 2019, the first full year that this bill would be law, the benefits are concentrated on the bottom of the income stream, with middle-class people, on average, paying just under ten percent less in taxes than they would if the law weren’t passed.

Congratulations! This will make America great again for the 1% on the top and the other 99% will -as usual- pay for it. 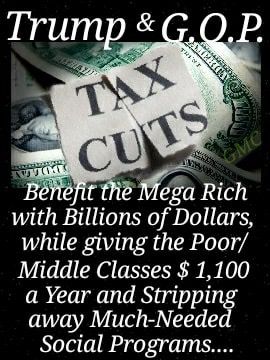 18 thoughts on “The Tax cut logic”